Can create a NAT gateway 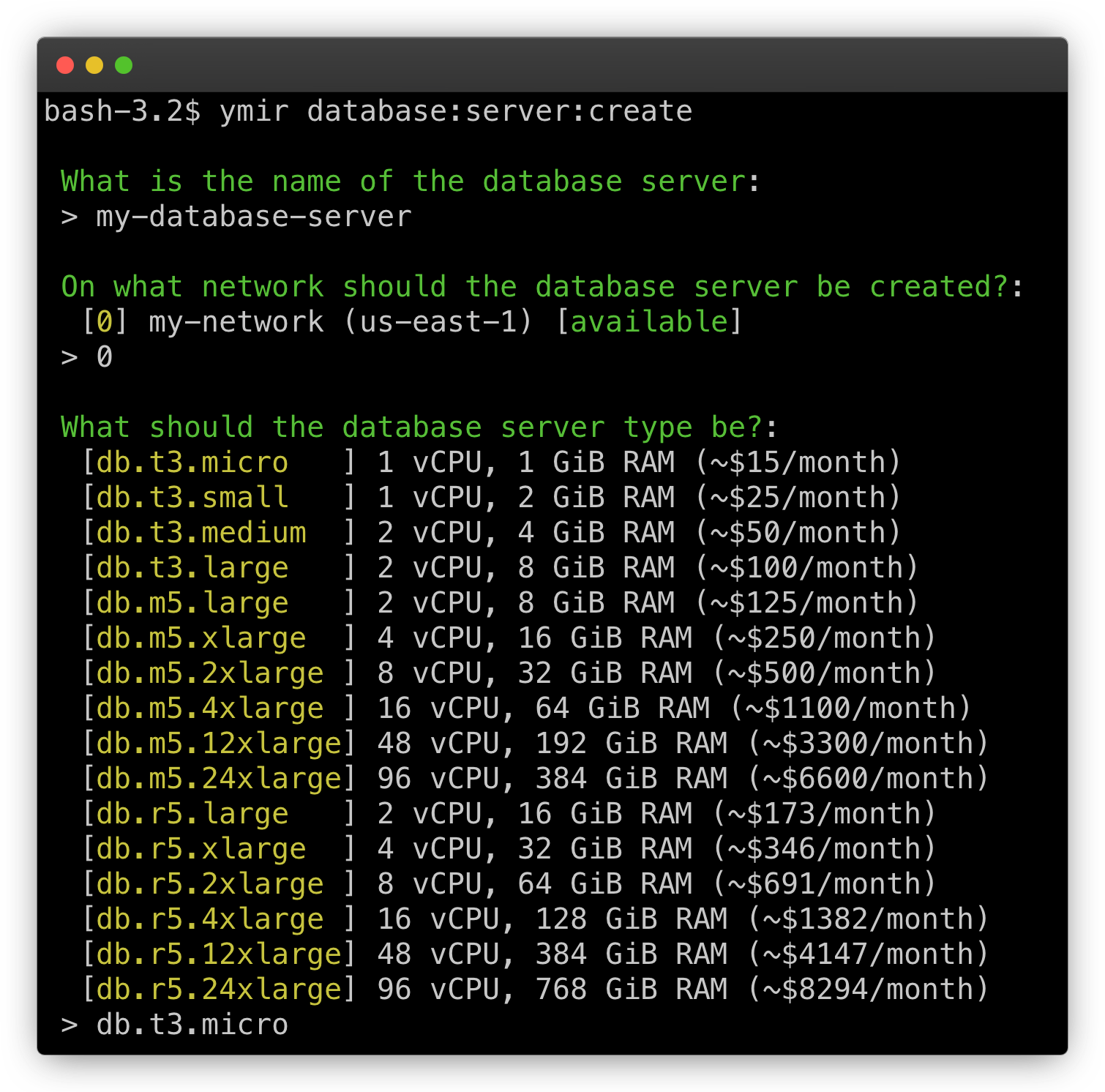 Whenever you make a change to a database server, it'll become temporarily unavailable. The time that it takes for these modifications to take effect vary based on the size of the database.

If you delete a database server, it's gone forever. There's no way to restore it or cancel the deletion process.

By default, Ymir will create a wordpress database whenever it creates a database server. That said, since each WordPress site needs its own database, you'll probably need to create more. You can create databases using your favourite MySQL client.

It's good security practice to not use the master user for any of your WordPress sites. This is why Ymir makes it easy to create additional users on your database servers. You can just use the database:user:create command to create one.

While Ymir offers the ability to give your user full access to your database server, this isn't recommended. Instead, you should only give the user access to the database(s) it needs. This is known as the principle of least privilege (opens new window).

You can view all the users on a database server using the database:user:list command. The command will only show the users that Ymir created and manages. If you created some manually, they won't show up in the list.

You can also delete a user using the database:user:delete command. This command also only works for users managed by Ymir. If you want to delete a user that you created manually, you'll have to do it yourself.

# Using databases in a project

So our ymir.yml configuration file has two default environments: staging and production. Each environment has a database node. This is where you put all your database elements.

Now when Ymir deploys your project, it'll convert these values into the proper environment variables. For the database user, it'll also inject its password for you. So no need to worry about that either!

A database server is a critical infrastructure component and deleting it by mistake can have dire consequences. To prevent this, you can use database:server:lock command to lock a database server. This will prevent someone from accidentally deleting it in Ymir or the AWS console.

# Connecting to a private database server

Because a private database server resides on your network's private subnet, it's not publicly accessible. To connect to it, you'll need to use the database:server:tunnel command. This command will create a SSH tunnel (opens new window) to your bastion host which allow you to connect to your database server.

Once the tunnel created, you can connect to the database server locally. Below is an example of how to connect using TablePlus (opens new window). 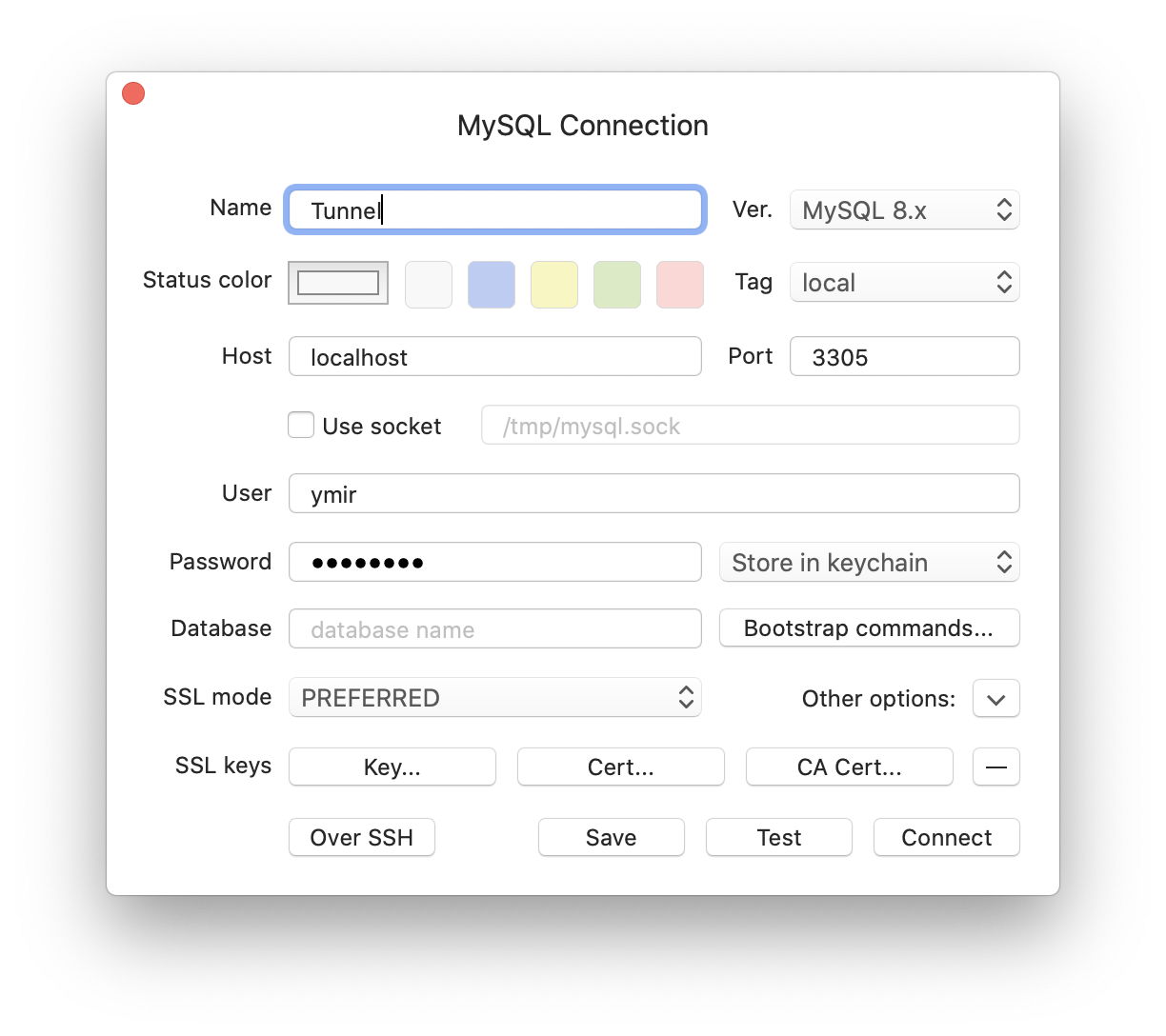